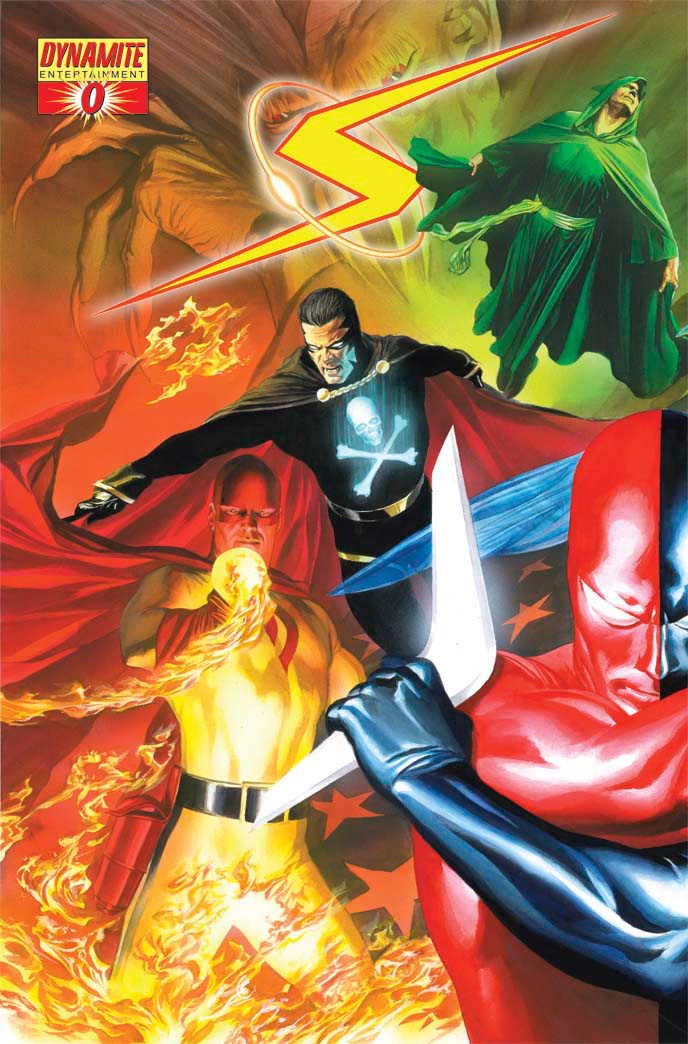 
From the dawn of the 20th Century came a new chapter in mankind's history, unleashed during a time of great war and destruction.
It was the beginning of the Age of the SUPERPOWERS, yet with the closing of the Second World War, this new spark seemingly flickered and died.
Until now...

Now the story can be told of the great lost SUPERPOWERS -- men and women with incredible abilities who changed the course of mankind forever...
and who had been thought lost ...
Until now...

Now, DYNAMITE ENTERTAINMENT and Alex Ross unleash the SUPERPOWERS! This explosive #0 issue features a story crafted by Justice collaborators Alex Ross and Jim Kruger, joined by artists Stephen Sadowksi, Doug Klauba and additional art by Alex Ross.
The story of SUPERPOWERS begins here, in the present day with the Fighting Yank, coming to terms with the ghosts of his past and present! As our story unfolds, we journey to the heights and depths of the Second World War and come face-to-face with the great forgotten heroes of the ages, and solve the mystery of where these legends disappeared to after the great war.
This is THE event of 2007, and it leads directly into the SUPERPOWERS series! Issue #0 is where it all begins and features 28 pages of story and art PLUS a full SUPERPOWERS color sketchbook by Ross and original Ross interconnecting covers
Dynamite, Dynamite Entertainment & The Dynamite Entertainment logo ® Dynamite. All Rights Reserved.
All books, titles, characters, character names, slogans, logos and related marks are ™ and © their respective owners.
Privacy Policy